Award winning chefs from the region are joining The Castle’s head chef on 28 January in Taunton to prepare a mouthwatering Taste of Exmoor menu.  Tickets are limited, so early booking is very advisable:

Award winning Exmoor-based chefs are joining The Castle’s head chef Liam Finnegan to cook up a Taste of Exmoor menu as the launch of the 2016 Exmoor Food Fest which takes place all over Exmoor in February.

The menu showcases the best the region has to offer. It is a celebration of local produce and local talent.

Elke Winzer, who is organising the Exmoor Food Fest as part of Exmoor4all, is delighted that so many outstanding chefs are bringing the best of Exmoor to Taunton.

“The launch at the renown Castle in Taunton brings some of the amazing Exmoor chefs together who all take part in the Exmoor Food Fest which takes place all over Exmoor in February.  It is a great opportunity for us to raise awareness of the high standard of Exmoor restaurants some of which are hidden gems,” explained Elke.

Liam Finnegan commented: “We are excited to host the launch of the Exmoor Food Fest. It is a great opportunity for us chefs to work together and create a stunning menu.”

Award winning chefs Mark Dodson, Paul and Donna Berry and Olivier Certain  are joined by the hospitality students of the West Somerset College training restaurant The Combe in Minehead. The students will prepare the selection of canapés which will open then night’s food celebration with a glass of fizz.

Mark and his wife Sarah took over the The Mason Arms in Knowstone in June 2005. In July 2006, the restaurant was awarded a Michelin star which they still hold. Since then, Mark and his team have gone from strength to strength, receiving many awards and accolades, including Michelin Pub of the Year 2010.

Prior to moving to Exmoor, Mark spent twelve years as Head Chef of Michel Roux’s Waterside Inn in Bray.

There aren’t many awards Paul and Donna haven’t won for their historic pub “The Swan” in Bampton.  Best Trencherman’s Pub of the Year 2016, Visit Devon Pub of the Year Gold Award, and AA Gold Star Award are amongst the most recent accolades, recognising Paul’s and Donna’s passion for food and the use of local, seasonal produce.

Liam Finnegan, who has been head chef at The Castle Hotel in Taunton for three years, grew up in Carlingford, Co Louth in Ireland from where he still sources their famous oysters. However, whenever possible, he uses local suppliers.

Liam’s career path took him through some fantastic restaurants such as The George Hotel on the Isle of White, The Bath Priory and Gidleigh Park where he worked for Micheal Cains, and The Nuremore Hotel (Ray McArdle). When asked about awards Liam counters that a full restaurant and happy customers are more important. “Of course accolades are brilliant, but anything we get, we receive and share as a team.”

Marseille-born Olivier moved to Somerset in 1998 following his Michelin star training in La Bonne Etape Chateau Arnoux and Les Roches in Le Lavandou.  In 2006 he joined Woods in Dulverton as head chef where he achieved 2 rosettes and the accolade of Somerset Dining Pub of the Year 2008, 2010 and 2011. In 2009 in reached the finals of the South West Chef of the Year competition. 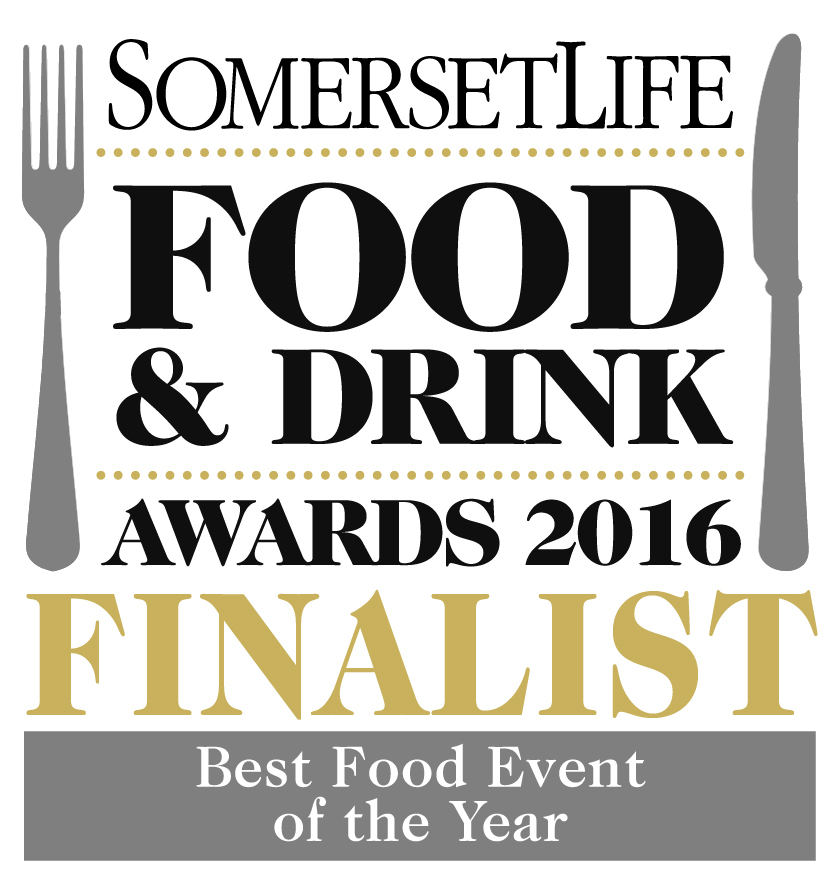